The real reason for Sasha Banks and Naomi walking out of Raw, Oli’s review of Raw and more.

Last night’s main event on Raw was Becky Lynch vs Asuka to determine who would be facing Bianca Belair at Hell in a Cell for the Raw Women’s Championship. However, prior to the show beginning, this was not the plan, as according to Fightful Select the original plan was for a six-pack challenge between Becky Lynch, Asuka, Doudrop, Nikki ASH, Sasha Banks & Naomi. Plans changed though, when Sasha Banks & Naomi legitimately walked out of Raw, causing the show to be hastily rewritten. The walkout was referenced on commentary during the show as well, calling the women unprofessional for doing so.

Fightful Select is reporting that prior to the show, Sasha Banks “wasn’t satisfied with creative” about her plans for Raw, and had a meeting with Vince McMahon about it, where both sides were “unwilling to budge” on their stance. In response to this, WWE released an official statement on WWE.com, which says: “During the broadcast, they walked into WWE Head of Talent Relations John Laurinaitis’ office with their suitcases in hand, placed their tag team championship belts on his desk and walked out.

They claimed they weren’t respected enough as tag team champions. And even though they had eight hours to rehearse and construct their match, they claimed they were uncomfortable in the ring with two of their opponents – even though they’d had matches with those individuals in the past with no consequence.” Fightful Select then provided an update to their report, adding that according to those who worked on the match, the original plan was for Naomi to win the match, pinning Nikki ASH, with Banks & Naomi rarely interacting in the match, if at all, which laid to rest speculation that Naomi was originally planned to pin Banks in the match.

In Banks & Naomi’s meetings, they reportedly didn’t “claim that they didn’t want to work with Becky Lynch or Asuka”, as it was implied in WWE’s statement, but instead that they were trying to work with Doudrop & Nikki ASH at Hell in a Cell, a pitch that was reportedly turned down, as well as the pitch of the Scottish duo interfering in Belair vs Naomi at Hell in a Cell. Even the talent reportedly hadn’t heard of Banks & Naomi calling anyone ‘unsafe’ until the official statement was released.

The overall concern from Banks & Naomi was reportedly about the direction of their tag team titles and the division as a whole. Which isn’t much of a division, so it makes sense they were concerned about it. But there seems to be more behind this, as WrestleVotes on Twitter weighed in, saying: “Source notes the WWE statement regarding the Sasha / Naomi walkout is just the baseline of the details. The tension leading up to the walkout was palpable all day, with both superstars upset at something that transpired. More details will come out in due time on this.” And while holding significantly less weight than these reports, there was also some noteworthy Twitter activity from both Banks & Naomi over the weekend, with Banks unfollowing essentially everyone, including WWE and Vince McMahon, while Naomi posted a meme about pushing through burnout and tagged a ton of women’s wrestlers, with some even no longer in the company and those not even tagged in the tweet responding to echo the same sentiment.

Now it’s important to remember that regardless of your feelings towards the situation, or what side of this you fall on, to not get heated about it and post any sort of abuse or hateful comments towards anyone. We clearly don’t know the full details yet, and it’s worth bearing that in mind before you call wrestlers unprofessional or call the company incompetent. Stay tuned to wrestletalk.com for the latest on this developing situation. And now hot tag to Oli. That’s right, the long awaited second series of CBW starts this Saturday on partsFUNknown!

Everyone: Joe! Joe! Joe! But first, here’s my review of Monday Night Raw… in about five minutes. The episode opened on one of the biggest matches WWE could ever put on, strictly in terms of physical height: Booby Lashley vs The Nigerian Giant Omos! The cage was already set up, Jimmy Smitz got MMA flashbacks standing ringside before the bout. The only thing this match up was missing, was one guy’s ability to actually wrestle. Like most of this feud so far, WWE smartly booked around this by just putting in a Cedric Alexander when an actual bump needed to be taken. Because that’s the famous benefit of wrestling in a cage, how its lets people in to interfere. While MVP and Cedric both tried to stop Bobby winning, Omos gave him a helping hand – throwing Lashley through the cage wall for the finish, meaning Bobby’s feat touched the ground first.

This did have a very superficial spectacle appeal to open the show. I hope it’s over now, as there’s no real substance. But I’m worried the finish means the feud will continue. We were supposed to have Mustafa Ali finally getting a US title shot against Theory next, but as Vince McMahon first taught the champion: expect the unexpected. Like The Miz being made special guest referee, and Veer Mahaan actually being Ali’s opponent. I would’ve also taken, Sasha Banks and Naomi walking out before the show began. I really like Veer’s explosive style, and Ali gave him his best, most back and forth match so far: giving glimpses of other great savage monster heels like Umaga or Rusev.

Miz and Theory cost Ali the match, but then the Mysterios returned to get their revenge on Veer, giving Mahaan a welcome storyline direction. After embarrassing The Tribal Chief on Friday with a knee to the face, and ahead of their huge tag team title unification match that will definitely take place and have a definitive finish on this week’s SmackDown, RKBro had Riddle take on Jimmy Uso, who had Jey in his corner, with zero Randy Orton at ringside. I get that Randy likes his time off, but his absence was a huge logic hole. Riddle managed to overcome twin magic, with the referee seeing one of the more obvious assisted pins you can do, and pinning Jimmy with an inside cradle. After a JEDGEment Day promo, inviting Liv Morgan, AJ Styles and Finn Balor to join them, the Bullet Boys asked Liv to team with them.

Which Morgan teased ‘I don’t know, I’ll think about it.’ A thread of suspense the Bullet Boys could drag out in their following match, where Liv could dramatically make the save as Judgement Day come down to interfere-oh, no, she’s just come out first for AJ and Finn’s entrance. They took on Los Lotharios, complete with Raw namebar graphic – Brand Split LOL – in a decent match. Angel Garza has so much charisma, he even gives Carillo an edge. Speaking of… Edge wasn’t there. The Bullet Boys aka BullLIV Club won and gave Morgan a Too Sweet in the end. Alexa Bliss was kept off TV for months because creative had nothing for her. And brought her back… still with nothing for her.

In her second week, she played the one-dimensional babyface against Sonya’s larger heel arc. Deville got a visible pin, but Bliss got the win. Sonya slapped the referee afterwards in frustration. I can’t wait for the results of the WWE official inquiry, in about four months. In his new second hour main event spot, following a Countdown to Cody graphic for the first two thirds of the show, The American Nightmare cut a promo on his continuing feud with Seth Rollins. He compared Seth’s career, who rose to the top very quickly as part of a three man faction, with his own, who got stuck in the midcard very quickly as part of a three man faction. Cody flirted with his now standard crying highspot as he put over everyone deserving second chances – despite this being Seth’s third go – and got a decent pop by challenging him for one last match… in Hell in a Cell.

An announcement that would’ve been even better if the show in three weeks time wasn’t called Hell in a Cell. Seth then appeared onscreen backstage, despite Cody saying Rollins wasn’t there, to laugh and accept. Continuing to exceed expectations, Kevin Owens’ Ezekiel conspiracy storyline had another excellent week: first with the DNA test contaminated by BBQ sauce from Otis, then KO hilariously correcting everyone on commentary whenever Ekeziel’s name was mentioned. He even, at one point, got a graphic to come back on screen so he could shout that it was Elias. Elias, Ezekiel, it doesn’t matter what you call him, though – as soon as that bell rings, the crowd don’t really care about him. Zeke beat Chad Gable with an inside cradle. R-Truth served Akira Tozawa his divorce papers, and then seemingly reunited with Carmella to take down Dana Brooke.

Lacey Evans put over the military, being a mum, the military, the army, mothers everywhere, the armed forces, and the military in an in-ring promo. Boo, what a heel. And then in the main event – that was always the plan – Asuka took on Becky Lynch in a No. 1 contenders match to fight Bianca Belair at Hell in a Cell. It’s a shame, as Asuka vs Lynch could’ve been a pay-per-view worthy singles match all by itself, but it ended up on TV and only went 7 minutes. I’d say it’s because of mitigating circumstances, but they’re doing the freaking tag title unification on Friday. Lynch and Asuka have great chemistry together, and the finish was perfectly executed – Becky about to hit Asuka with the umbrella behind the referee’s back, but Asuka spitting the green mist for the win. Setting up the great direction of Asuka vs Belair at Hell in a Cell, and a more insane Lynch.

What did you think of Raw? Let me know in the comments. It’s remarkable how much star power Raw loses when Orton isn’t around. After several weeks of genuinely enjoyable shows, this somehow felt like a missable episode, despite the returns of the Mysterios, a steel cage match and an Asuka vs Lynch main event. Which is the sign of storylines not fulfilling their potential. This week’s Raw is 56%. But Banks and Naomi aren’t the only disgruntled wrestlers. Find out the behind the scenes situation with MJF and AEW now… 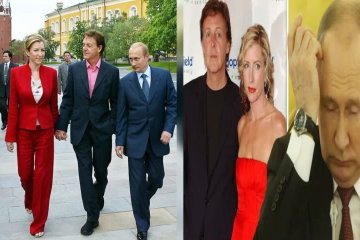